The Kingdom of Rynial has flourished for 500 years, all in thanks to the Lianial Wall. However, signs show that the wall has begun to weaken and a Life Mage, which could save the kingdom, hasn't been seen in some 300 years. Fear slowly stirs and whispers. 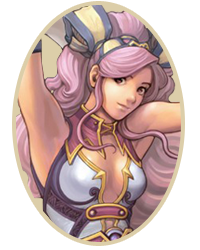 Our users have posted a total of 250 messages

We have 11 registered users

The newest registered user is gladysoakley52